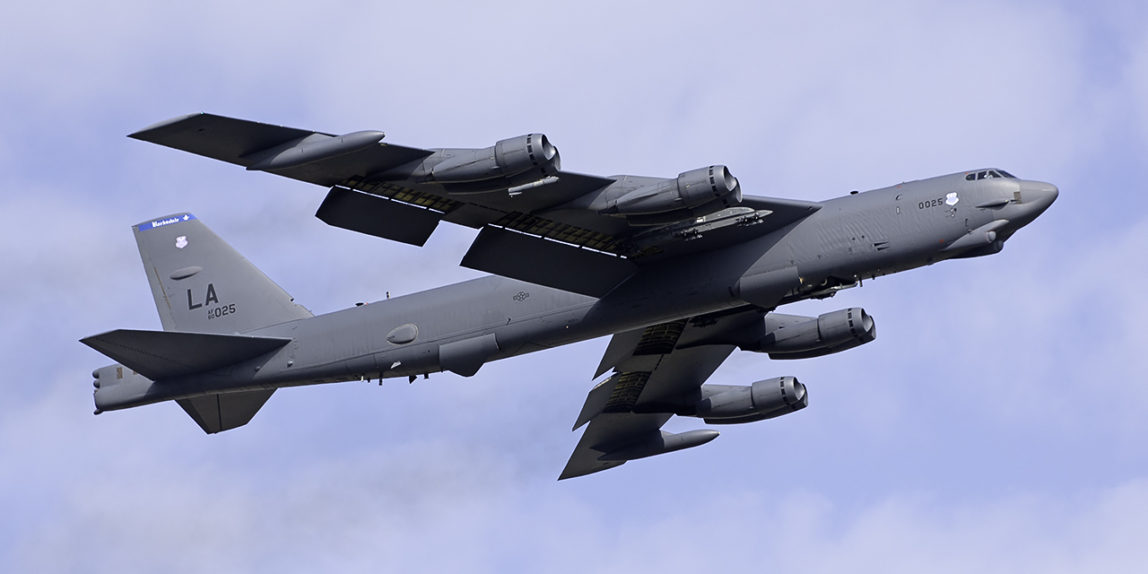 As part of what is now an annual deployment, 6 B52H’s from 2nd BW at Barksdale AFB, Louisiana arrived at RAF Fairford for exercises with their NATO allies.

This is the largest number of these aircraft to deploy to Europe at one time since 2003.

It is always uncertain as to whether or not the aircraft will fly on any particular day, so it was with not a little hope that I departed for the base on March 28th 2019. The good news is that a NOTAM is always issued on any day that flying will take place at RAF Fairford and sure enough I found out on my way there that one had been issued for that day.

I arrived to find five of the aircraft were taxying for departure :-). The other good news was that they were using 09 for departures on this day and as I was at the 27 end, I would be fortunate enough catch images of them on the climb out.

They departed in three phases – a pair, a single and another pair – callsigns AERO81 – 85, within the space of about 20 minutes. Seeing the pairs in trail formation was extra special.

Another bonus was blue skies!!

The downside was the length of the mission, which apparently was up to the Barents Sea. They were out for 7 and a half hours!! This meant that although the skies were still clear on their return, the sun had moved around to be pretty nose on.

They did give us one final treat though – they arrived back in the same combination to perform ‘initial point’ approaches – this means they perform a run at about 2000 ft to halfway down the runway before executing a left turn onto downwind, left base and then finals onto 27. Combine this with a couple missed approaches and it was a great way to end the day.

Hope you enjoy the images.