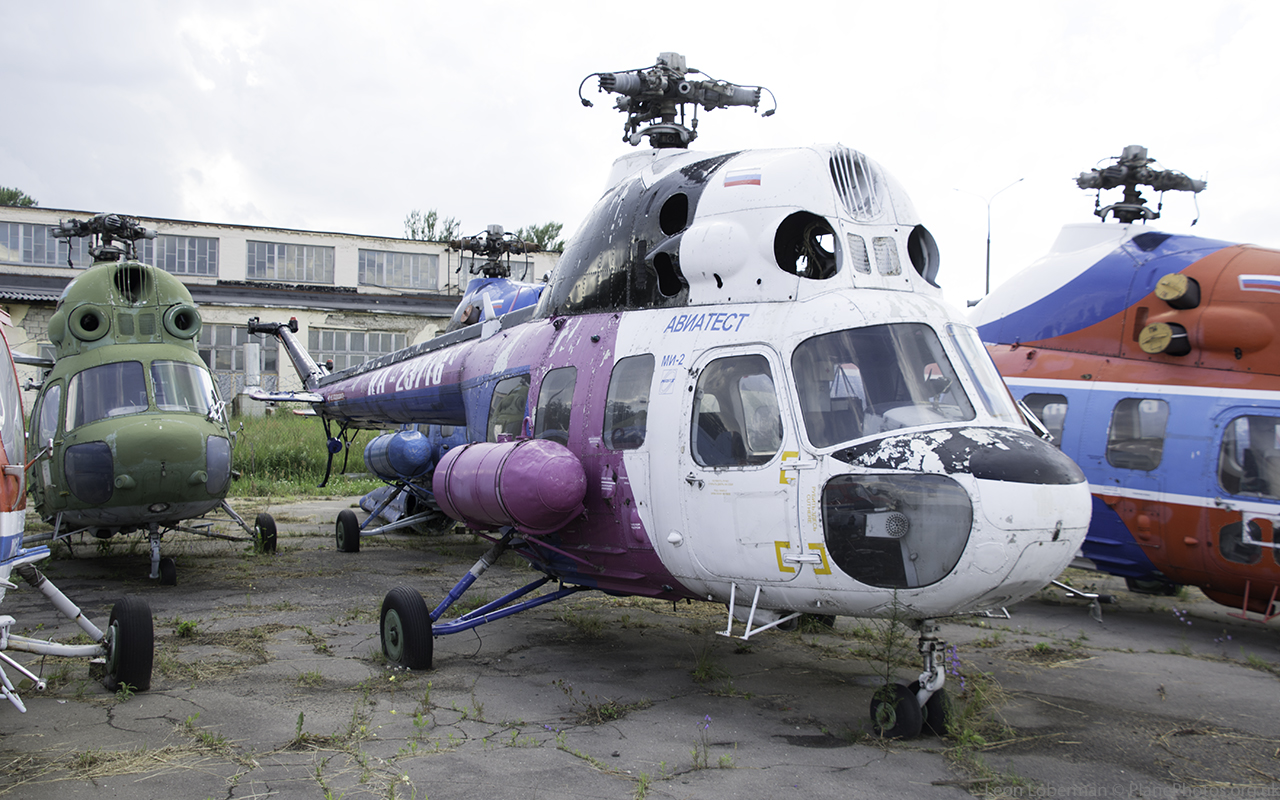 As part of my visit to MAKS 2017 and Monino Central Air Force Museum, the group I was with arranged a visit to the repair plant at Chernoye.

There is a large field on the right of the factory, from which they appear to scavenge parts for rework, along with dumping various odd frames such as L-29’s and PZL-104 Wilga’s, all of whom seem to be overtaken by the foliage :-).

We were allowed to wander pretty much anywhere on the field and through the factory building, with the exception of the line of Mil Mi-8’s waiting for re-utilization – I did, however, manage some distant shots.

There were many more ‘derelict’ airframes here than I show – but after a while, one airframe in disrepair looks much like another.

That said, the quality of the workmanship could easily be seen on the refurbished machines, particularly the An-2 in the workshop and the other bare airframes in there undergoing rework.