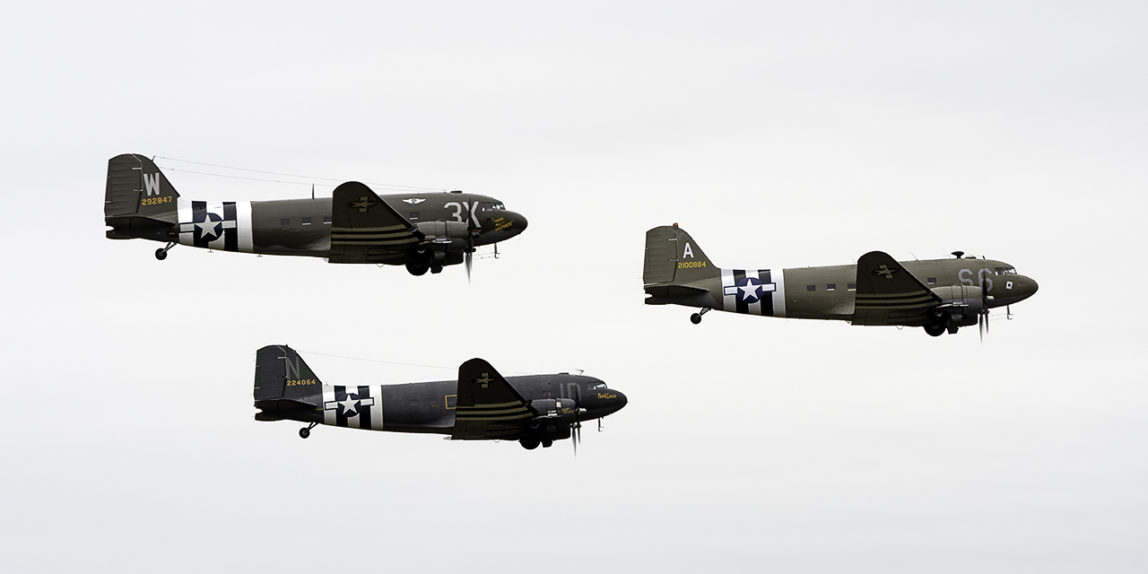 To celebrate the 75th anniversary of the D-Day landings, a large contingent of Douglas C47/DC3 Dakotas gathered in the UK and and France in June 2019.

I visited Duxford on the 4th of June, where 23 Dakotas had arrived over the previous few days. Many of these had made the long journey across the Atlantic for the celebration and were tracked by enthusiasts – details of the aircraft can be found here.

Parking for that many aircraft presented a few challenges for photography – it was hard to get clear images of some of the airframes. I’m not sure I got all 23 individually!

Also present were a number of T6 Harvards which had been commissioned to provide air-to-air photography opportunities, along with some representative WWII fighters such as Spitfires, Mustangs and P47 Thunderbolts which provided air cover for the D-Day landings in 1944.

There was scheduled to be a mass paratroop drop, using round canopy chutes like those used in 1944 but unfortunately the weather (once again) did not play ball, with a low cloud base and occasional rain.

The last few images were taken at Southend Airport on the 5th of June, as the aircraft flew from Duxford to Caen for the celebrations there.