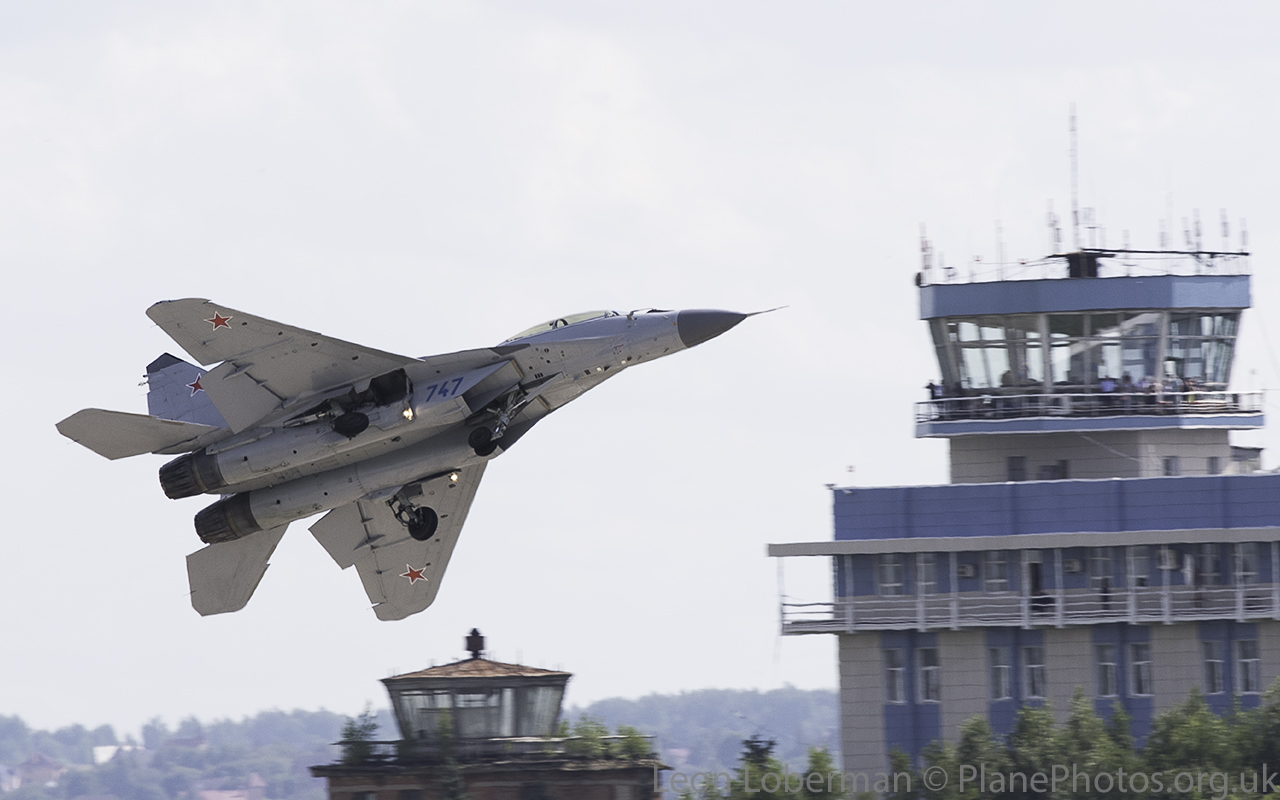 It’s been a long time ambition for me to attend the biennial international air and trade show held at Zhukovsky Airfield (also known as Ramenskoye Airport), some 40km southeast of central Moscow.

Normally held in mid-August, the date for 2017 was moved forward to July, to avoid clashing with another large airshow in the Moscow region, Army 2017. The normal date always proves difficult for me, due to personal reasons, so when I heard that the date had been moved, I immediately made plans to attend.

Originally one of the main experimental facilities for the Russian military, Zhukovsky was also home for the development the Buran space shuttle, as well as derivatives of other aircraft, many of which could be seen poking through the trees, though sadly off limits to the general public.

I travelled out via Warsaw, meeting up with the 4Aviation group, who had organised a trip which consisted of 2 days at the airshow, with a day sandwiched in between visiting the famous Monino Aviation Museum and an Antonov AN-2 maintenance facility at Chernoye.(To be posted shortly).

On display were some of the preserved airframes stored at Zhukovsky, such as TU-144’s, a Tu-155 (a type I didn’t even know existed), various experimental and laboratory aircraft including an IL-76MD ND TU-154, current front-line airframes, encompassing many variants of the Mig-29, plus modern developments such as the enormous Mil Mi-26T2, which has a cargo hold larger than that of the C-130 Hercules, the Sukhoi Su-35 Flanker-D and Sukhoi T-50 (soon to enter service as the Su-57).

What was initially looking like a reasonably modest but interesting static display soon turned out to be anything but with the inclusion of a Tu-22M, Tu-160 and a Tu-95MS and many MiG’s, Sukhoi’s, Antonov’s, Mil’s and Ilyushin’s of varying shapes and sizes.

As per the norm in 2017, I seem to have been unlucky with the weather. The first day, spent inside the airfield walking the static line was pretty good weather but also meant that any flying shots were taken somewhat into the sun. The 4Aviation team organised the second visit to be outside the airfield, just south of the control towers (old and new), where it was planned that many of the flying aircraft would be turning over our heads – the equivalent of the ‘naughty field’ at Duxford. This was exactly what happened but the weather took a little while to clear, meaning that we were shooting against a bank of cloud for most of the day :-(.

I make no excuses about the volume of images in the gallery below – for me, it was an exceptional opportunity to see Russian hardware in its ‘native’ habitat, both older and more modern types – I am not sure when I will ever have the opportunity to visit again.