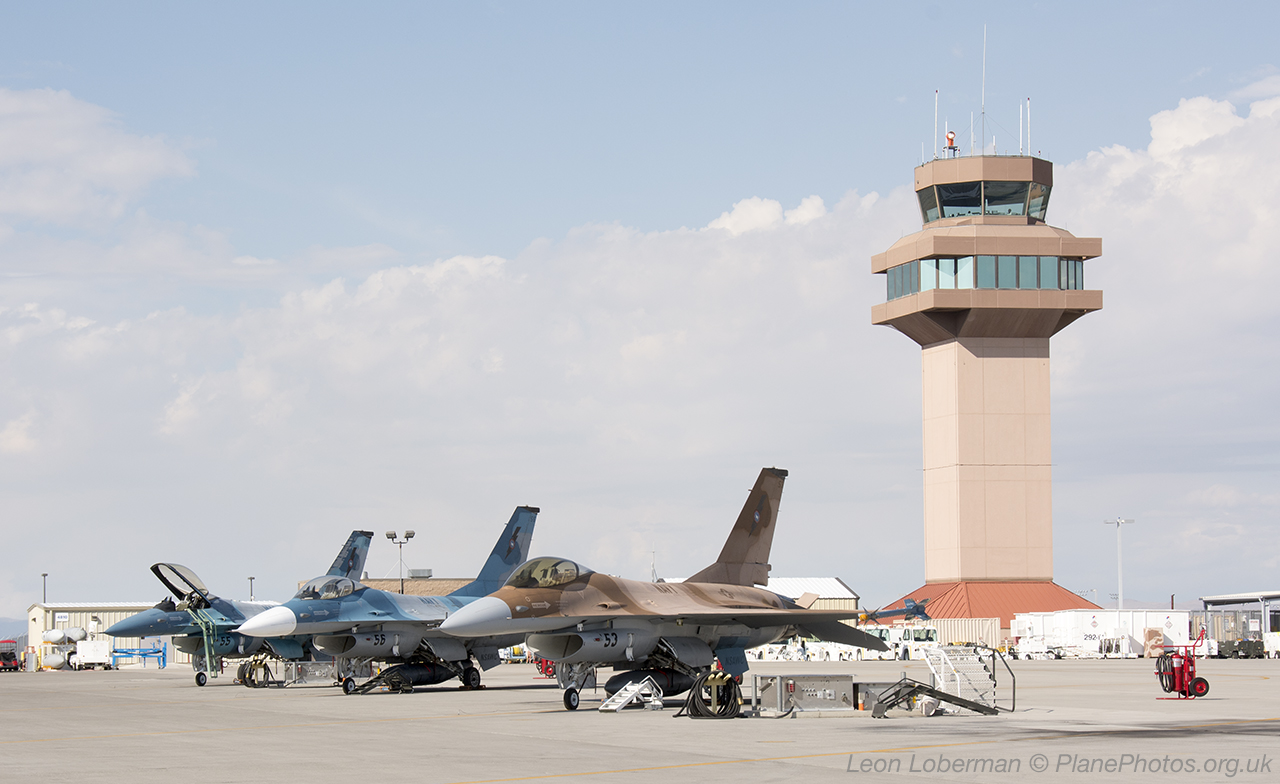 In September 2014 I was able to spend some time on NAS Fallon, home of the Naval Strike and Air Warfare Center (NSAWC). More famously known as the “TOPGUN” school, the naval air station is home to variety of aircraft and is also able to accommodate an entire carrier air wing, enabling it to conduct comprehensive training while integrating every element of the wing into realistic battle scenarios – whilst I was there, some aircraft from CVW-11 were present.

The base PAO, Zip Upham, escorted a small group of us through the hangars and out onto the apron, where we were given almost free rein to photograph pretty much anything we wanted, except for restrictions on any F/A-18’s with open panels or straight down the intakes. After 1.5 hours of wandering around the apron, during which some aircraft from CVW-11 taxied out, together with some NSAWC aircraft, including a couple of F-5N’s of VFC-13 (Saints), we were taken out to the hold point for runway 31R. We spent a further 2 hours there, witnessing a couple of launches and recoveries. We were also treated to a quick visit from a NP-3D Orion from VX-30 Bloodhounds based at Pt. Mugu.

It was an excellent day – the only downside being the unusually cloudy weather!! We even felt a drop of rain – not what I was expecting!!.

My thanks to Zip for being a terrific host.