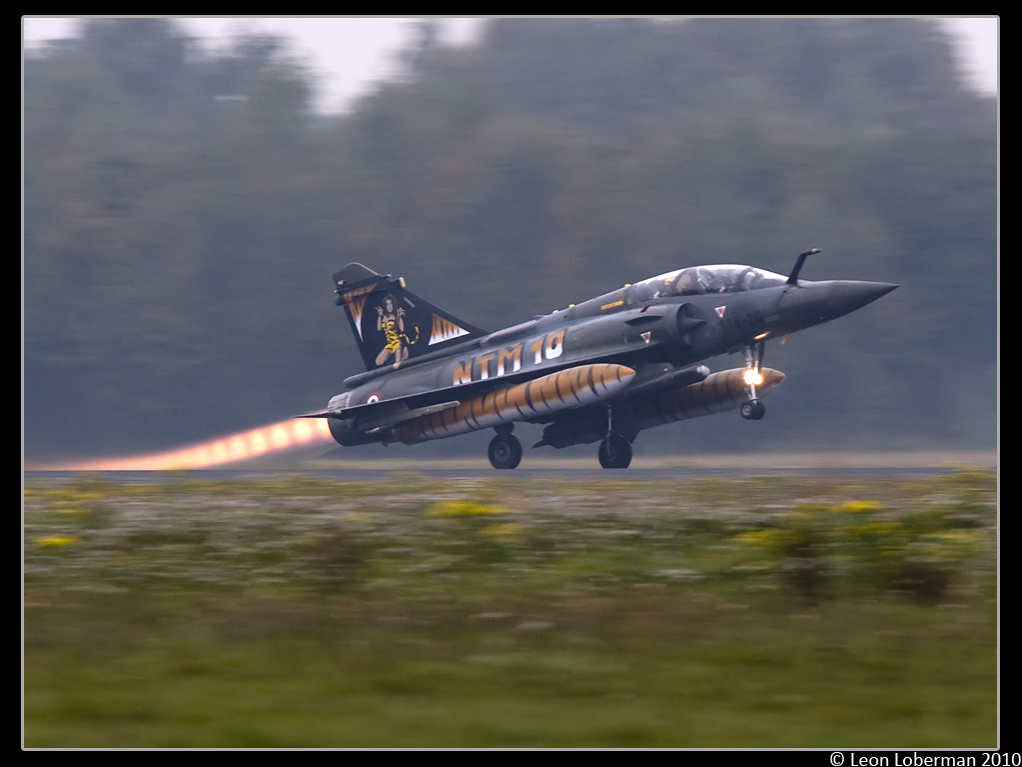 The Tiger Meet is an annual event which brings together many squadrons from around Europe to fly together in realistic scenarios and assess their skills using video recordings.

The event usually has a Spotters Day which is aimed at allowing many hundreds of spotters access to the airfield to take pictures of the participating aircraft on what is essentially a normal operations day. This meet proved no exception, excellently organised by the Volkel Spotters Group, with 2 spotters days over the fortnight period of the Tiger Meet!

I attended on the second of the two days in 2010 on 13 October – unfortunately the conditions for photography were very challenging in the morning, with a grey overcast making telephoto shooting difficult without resorting to high ISO settings! However the afternoon mission took place in much brighter conditions, with large volumes of blue sky during the launch and reccovery.

The pilots once again flew their aircraft to good effect for the photgraphers, with a number of departures from the nearer of the two parallel runways (06R) and the same runway then being used by most aircraft to taxy back to dispersal, holding and posing their aircraft numerous times for the benefit of the photographers.

Another great Tiger Meet – the next one is scheduled for Cambrai in May 2011 – I’ll certainly be trying to attend!!