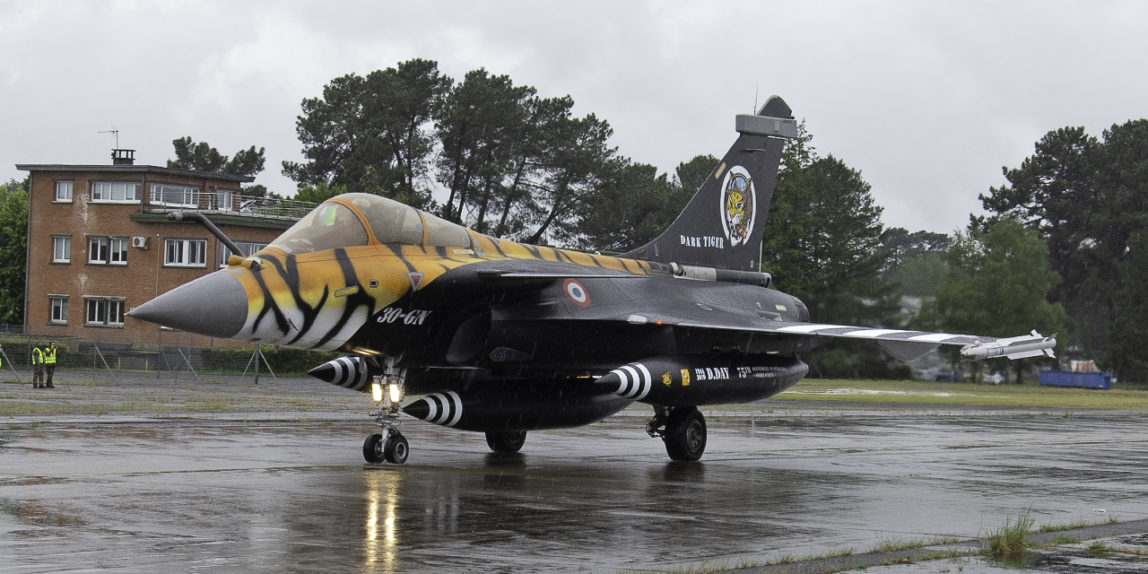 Having been blessed with near-perfect weather in the week leading up to the Spotters Day at NTM 2019, Base aerienne 118 at Mont-de-Marsan was deluged with rainfall on the actual day (17 May 2019).

Nonetheless, hardy spotters and photographers were excellently position between the taxiway and the runway to capture the participants as they took part in the missions for the day.

Slightly down on actual attendance by Tiger squadrons compared to recent NTM’s, the squadron’s involved all had still made the effort to put interesting schemes onto some of the airframes.

Also, one of the local squadron’s was celebrating 10 years of something (??) and had put a special scheme onto one of their Dassault Rafale aircraft.

There was also a dynamic ‘flat’ display performed by one of the local Rafale’s.

As I mentioned previously, the rain was fairly persistent for most of the day – there are lot’s of grey images against grey skies!!