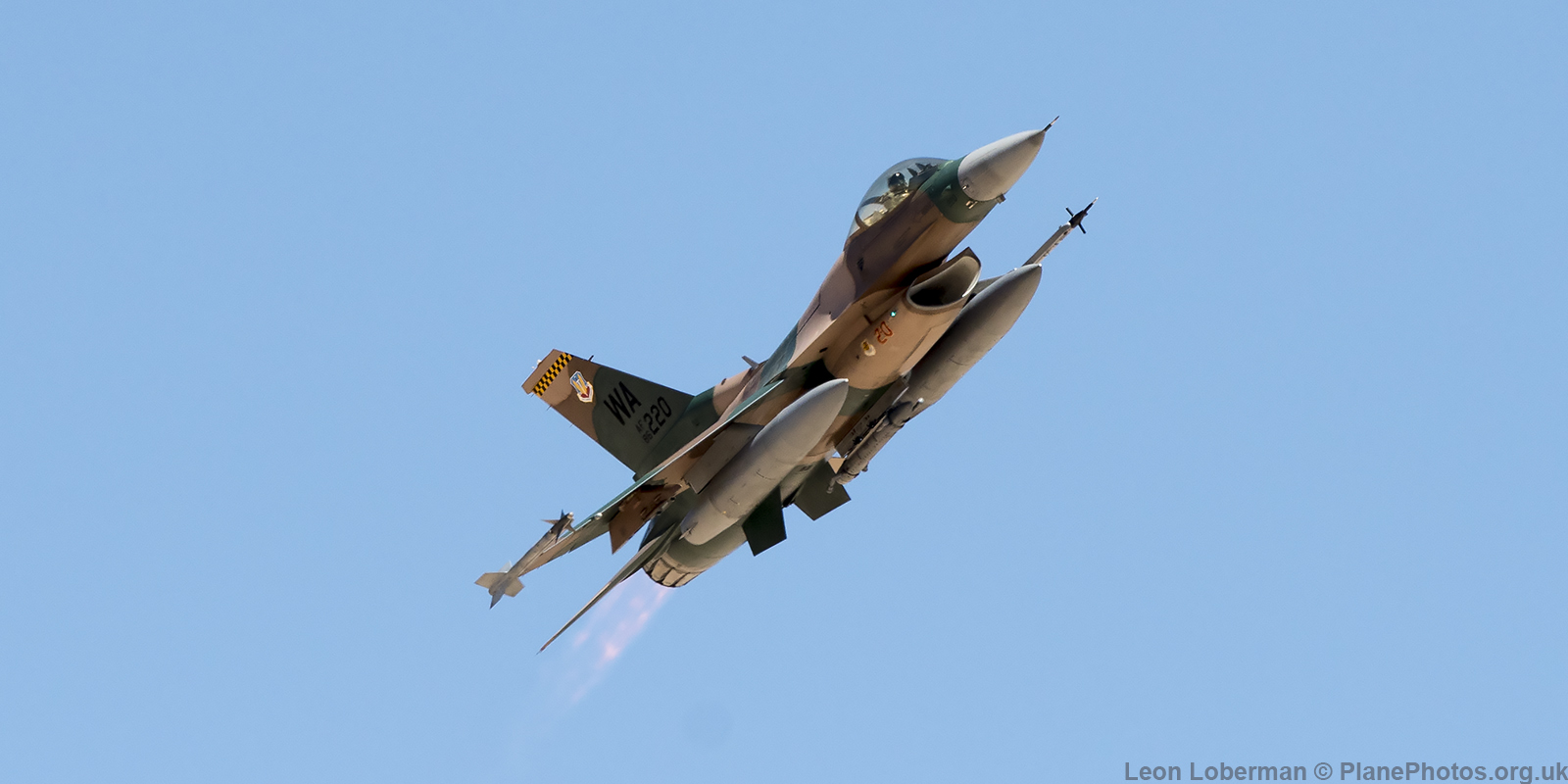 Once again I was fortunate enough to be able to get to Nellis AFB, NV during a Red Flag exercise.

Participants for Red flag 16-4 had not been widely publicised in advance due to the sensitive nature of the air forces involved. There was a mixture of what would appear to be, on paper at least, opposing sides in world conflicts.

In addition, a C-17 support aircraft from UAE was present on the first Monday of the exercise while I was there, departing late morning to points unknown.

As ever there were periods of intense activity and periods of no activity at all! Departures and arrivals were on both runways in parallel and sometimes in opposition! By judicious observation of taxying aircraft and some relatively rapid driving from the Speedway to Cheyenne Lane and vice-versa (within speed limits of course), many of the departing aircraft could be captured.

Landings were all from the Speedway end, although on the second day many aircraft used the further of the two runways (21L).

The good news (for me) was that the weather definitely played ball this time with blue skies pretty much all the time – although it was very hot – the car temperature gauge read 111F for extended periods and there was quite a strong wind blowing from the south west. At least it didn’t rain and have high cloud all day like my previous visit for Red Flag 15-4.