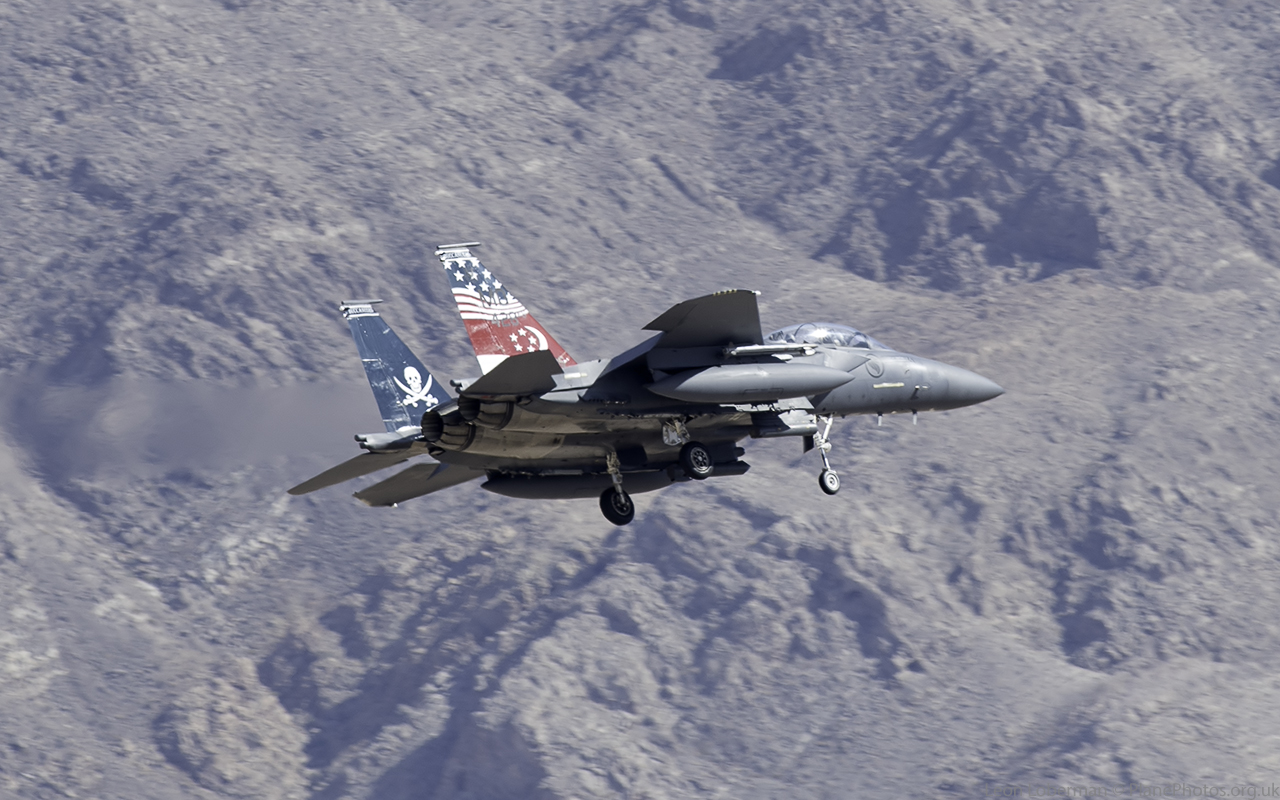 As is customary with the summer Red Flag exercises, these tend to include the participation of air forces which may be considered to be slightly more exotic, rather than some of the United States more close allies, such as the UK and Australia. It also means that there is somewhat less participation from the USAF, in particular those units operating the most modern assets such as the F-35.

That isn’t to say that there are no F-35’s present at Nellis – indeed, as can be seen from my images, apart from the based ones operating with 422nd TES, there were also examples present from 56 FW at Luke AFB – however, these were operating with the Weapons School programme, rather than Red Flag.

So, the ‘overseas’ units which were participating in red Flag 17-4 were:

The Singapore F15SG’s are actually based at Mountain Home AFB, as part of the Peace Carvin V Training detachment.

Interestingly, some of the F15G’s were placed on the FAA Civil register by Boeing prior to delivery – no-one is quite sure why but there is conjecture that the aircraft may have been part of a direct commercial contract, rather than the traditional supply route via the US government. The civilian registrations can still be seen faintly on the tails of some of the aircraft in my images below.

A surprise visitor on August 22nd for an overnight stop was one of the USAF Presidential Boeing 747-200’s, 92-8000. The reason for its visit was because President Trump was in Phoenix, travelling on the other B747, (92-9000) as Air Force 1 and as is customary, the spare aircraft is positioned nearby in case of unserviceability of AF1 or emergency. It certainly made us sit up and take notice when it appeared on approach!! It’s possible that the C17 Globemaster III on the same day was also connected with the Presidential travel plans, as that also departeed the following morning.

Over the 3 days that I was there we had a mixture of cold mornings, followed by intense heat (over 107deg F was shown on my car temperature gauge!!) and then heavy thunder and lightning storms. Although this provided (for me) the unusual sight of wingtip vortices and afterburner heat trails in the Nevada desert, hopefully, that will explain some of the variation in exposures of my images.

It was another good visit – hopefully I can make it to one of the 2018 Red Flag’s.