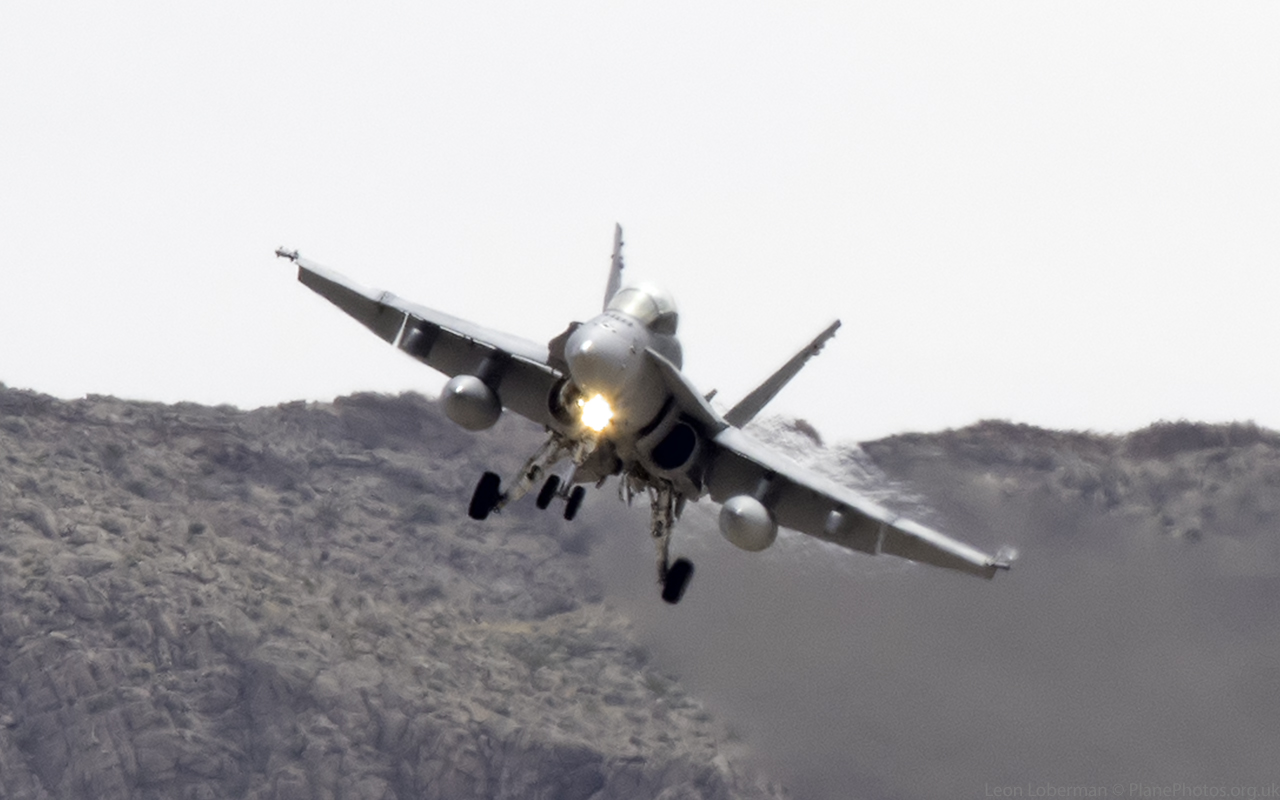 Yet again, I had the opportunity to visit Nellis AFB around the time of a planned Red Flag exercise. Originally booked when the Colombian AF Kfir’s and UAE Mirage 2000’s were scheduled to participate, the postponement of their participation (along with Belgian F16’s also planned to be there) meant that the RF18-2 exercise would become an all US affair.

The combination of Red Flag and Green Flag exercises resulted in Nellis AFB being packed with aircraft. The list of participating squadrons for RF18-2 was (courtesy http://www.dreamlandresort.com):

The * indicates that these participants were not seen during my visit.

Unfortunately a lot of the participants used Runway 21L for arrivals, which meant left turns to finals, away from my usual haunt at gate 4 of the Las Vegas Speedway – even some of the based aircraft with the 53rd Test and Evaluation Group and the 57th Wing Weapons School were using the far runway. So more of my images are crops of undersides than I would have liked 🙁 .

Although the exercises were due to commence on March 9th, there was little activity on that day – most of my images are from the previous 2 days. It would seem that the first day of the exercises is an orientation day and is predominantly on base – if you do intend to travel to Nellis AFB for an exercise, I strongly suggest picking days which are in the middle of the schedule.