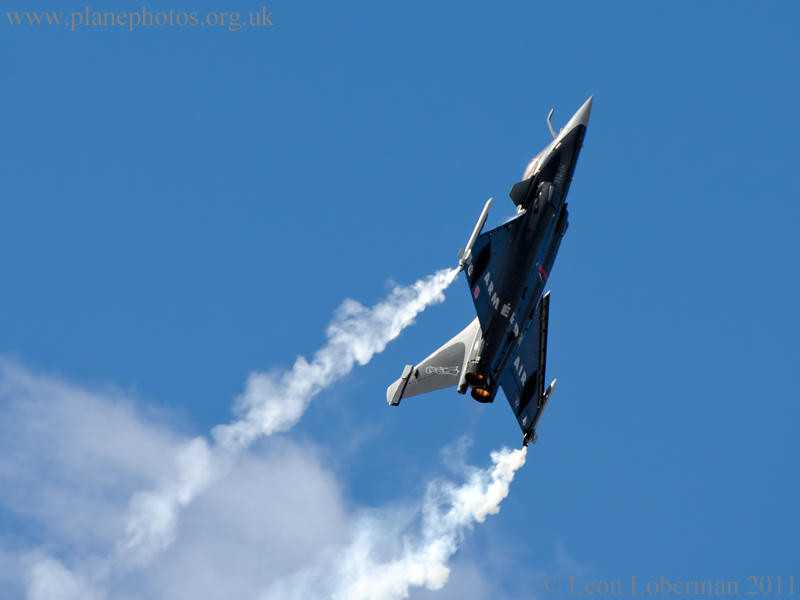 Once again, the British Summer played havoc with RIAT 2011 – torrential downpours started on Saturday morning, putting paid to any flying until about 12.30pm. After a soggy trudge around the static, the afternoon brought good helpings of blue sky and excellent, if challenging, flying in strong winds.

Operational commitments are making it harder and harder for the RIAT team to get the aircraft everyone would like to see in attendance. Nevertheless, their scoop this year was the first UK appearance by the Saudi Hawk display team in their distinctive green and white colour scheme. Regretably they were scheduled to display on Saturday morning, so all that was seen was the removal and replacement of the canopy covers! Also, making a welcome return to the Tattoo after an 11 year absence, were the Ukrainian Air Force, with an Ilyushin Il-76 and Sukhoi SU-27 in static.

This years Tattoo was also celebrating the 50th Anniversary of the Tiger Meet with a set of representative aircraft, as well as it’s own 40th Anniversary, dating back to the first ever Tatto at North Weald in 1971. I wish I had photos of those early days!

The A10 display was unfortunately cut short on Saturday following a technical issue with the aircraft but not before a nice topside pass along the crowdline.

In the late 90’s RIAT set very high standards for the quality and quantity of participating aircraft – in these more financially constrained times, they continue to do an admirable job in putting together an interesting show – if only the road traffic management was better 🙁