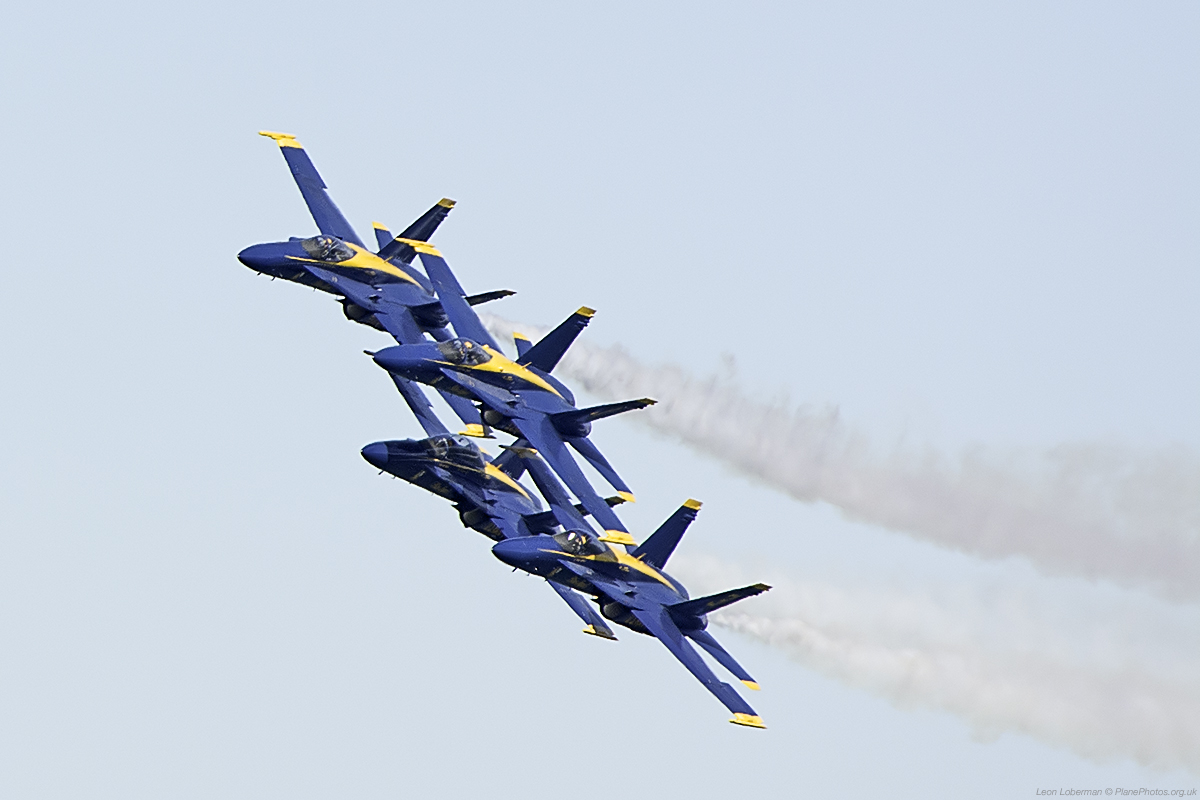 Once again, I was fortunate enough to be in San Francisco for Fleet Week 2015. As ever, the primary focus of the air show are The Blue Angels and the setting provides them with the opportunity to perform their display over water.

Other display acts include the opening flag ceremony by the US Navy Leapfrogs, The Patriots with their L39 team, Michael Wiskus flying a Pitts S1-11B (The Lucas Oil Air Show), Sean D. Tucker in his custom built Oracle Challenger III and flypasts by United Airlines aircraft, usually a different type on each of the 3 days.

As per last year, I ventured out onto the water on one of the days, this time on a small boat captained by my son’s father-in-law Hank, rather than the large organised ship of 2014. In this way I could ask Hank to keep the boat on the south side of the display box, with the sun pretty much behind us throughout. However being a smaller boat it was much more subject to movement plus there are number of guy wires for the sails and you have try and keep out of the way of the captain!! Certainly a challenge to get some steady images.