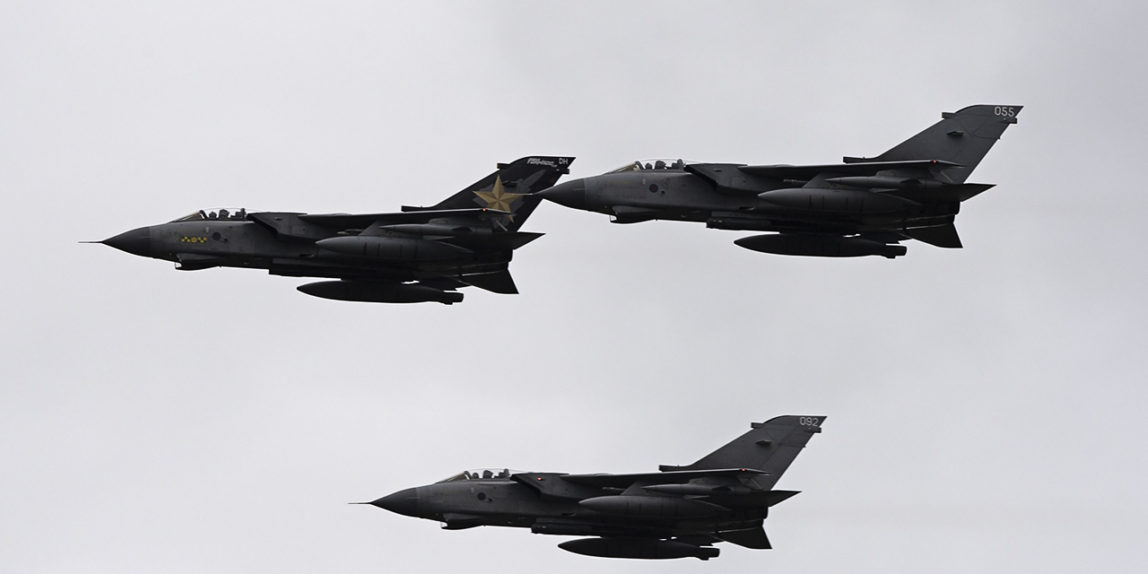 With the imminent retirement from active service coming up in March 2019, the base commander at RAF Marham decided to organise a couple of activities to celebrate the end of an era.

Firstly, there was a farewell tour around the UK to various locations which had an association with the Panavia Tornado.

Originally planned to utilise 3 airframes which had been specially repainted to mark the occasion, on the first two days only one of those was serviceable, so it was joined by two aircraft in the standard grey scheme :-(.

I ventured to stand near RAF Halton in Buckinghamshire, hoping to catch the jets with the sun behind me – sadly the sun decided not to come out to play.

A single pass over each location was all that was planned, so it was all over in about 60 seconds from first sighting to the three aircraft disappearing behind the trees.

Just the 3 images then but at least I was able to capture the event.

The second and final official event was a Diamond 9 formation flypast at RAF Cranwell on 28th February, followed by a number of passes back at RAF Marham before a final landing.

Unfortunately, once again the weather did not play ball. After a week of unseasonably warm (70℉) weather with clear blue skies, the clouds came over, it became misty and there were showers.

So once again, the results are purely to record the event and the fact that I was there!